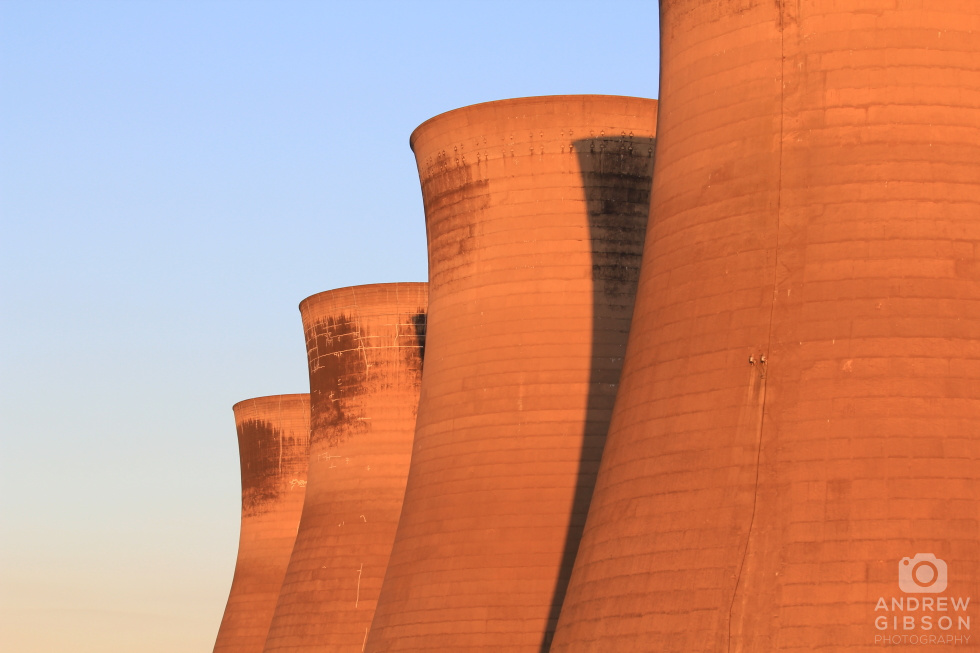 Having sat silently on the edge of Barnby Dun since its closure in 1994, the remaining structures of the former Thorpe Marsh Power Station were finally demolished in 2012. For a while, there was nowhere quite like it.

I had first visited Thorpe Marsh in April 2011, and found the desolate beauty and sheer scale of its six cooling towers, ash hoppers and skeletal coal sheds quite breathtaking.

Its origins reach only into the recent past, yet Thorpe Marsh and its counterparts now represent an almost closed chapter in British industrial history. It was back in 1958 that plans were drawn up for the site to host two 550MW stations, much to the horror of those in the industry at the time that thought it would be too problematic to work. They may well have been right as the plant was said to be beset with problems in almost every area. The winter of 1962/3 was the coldest for a century and only added to the problems, freezing the gauge panels, vents and drain lines and hampering the initial commissioning of the unit in 1963.

From the outset, Thorpe Marsh had only been planned to have a 30 year generating life, closing in 1993. By 1983 it was decided to spend £40million upgrading the station to extend its life by a further ten years, but by the time privatisation happened in 1991 it became apparent that National Power didn’t share this vision. The demand projected a decade earlier hadn’t been reached, and on 8 June 1993 Thorpe Marsh became a victim of the over-capacity of the power generating industry – the station was to close on 31 March 1994.

The last train to pull in to the engine shed was in June 1993, the aptly named 56077 Thorpe Marsh Power Station. Five days after closure was announced, nine months before the plug was pulled from the neighbouring national grid.

Much of it was demolished following that, but for the last decade clearance work had ceased and the site fell silent, a natural succession of trees colonising the rubble-strewn 45 acre site. It came as something of a surprise then, when in January 2012 the giant ash hoppers were blown up, and work on the towers began, prompting me to plan a revisit.

18 years (and a few hours) after decommission, at 7am on 1 April 2012, the first of the six remaining cooling towers – tower 2C – was pulled down with a giant 100mm steel cable that had been threaded through it. A few days later I went to take a look, and to capture the beauty of this condemned behemoth once more.

The light was flat at the end of a day that had started with a blizzard, but the sight of the fallen tower was an awesome if sad sight to behold. There was always something peaceful and evocative about this place, and even mid-demolition it was beautiful. The day after, the golden light transformed it once more as the sun set over the remaining towers in their final hours.

Each of these concrete giants had a base diameter of 260′, a height of 340′, and a mass weight of 5850 tonnes. Their stature was breathtaking, but looking at the remains crumpled on the ground, there really didn’t seem that much to them at all…

In the months that followed, the site was slowly cleared, with tower 2B being brought down on 10 June, and 2A and 1A on 5 August. A few days after that I set out on what would probably be my last trip to Thorpe Marsh. I must confess to feeling quite sad when rounding a bend on the M18 southbound in the August evening sun, and seeing just two towers instead of six on the distant horizon. Roped and ready to go, these final two towers were brought down on 19 August, changing the South Yorkshire skyline forever. 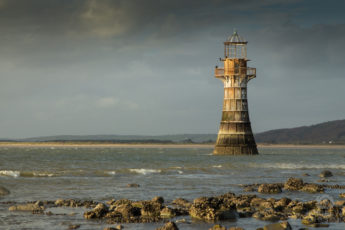