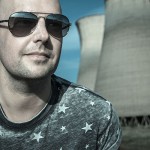 I’m a Lancaster based writer and photographer – two skills loosely connected to the day job I hold that gives me the flexibility to shoot and write about the things that interest me.

I’ve owned a camera for as long as I can remember, but really I’ve only been interested in photography as such since around 2010. After a succession of point-and-shoot cameras I finally placed my allegiance with Canon early in 2011 and I upgraded to the EoS 6D in the summer of 2013. I’m happy with that.

It was around that time I consciously decided to call myself a photographer as oppose to just somebody with a camera. There’s a big difference – I own a hammer, but it doesn’t make me a joiner. For me it’s all about capturing the light, capturing the moment, or capturing something that others disregard or overlook.

My main interests lie in landscape and architectural photography, as well as desolation and dereliction. You’re as likely to find me exploring a vast industrial wasteland as sitting by the sea catching a sunset. There’s something intriguing about abandoned places, walking in the shadows of a once great past fallen silent. Everything is transient and you might be the last person to see and photograph something that isn’t here tomorrow. There are a few examples of that on this site.

I think it’s that that connects with my interest in architecture and how it holds together the society of the past and the present. Anything with an interesting back story fascinates me and I try to read the landscape – be it built up, abandoned or natural – and convey that vision through my words and photographs. It’s a great shame to me that the architectural, cultural and social heritage of the UK is fast disappearing, places that offered height, history and variation to the increasingly homogenised and sprawling suburbia. But it’s given me some great adventures along the way…

I like to see behind closed doors and have occasionally been asked to get involved with heritage projects or document old buildings – something that’s very much up my street. If I can have a nose around on my own or talk to those that are actively involved I’ll gladly photograph it for them or help them where possible.

Others like to see behind closed doors as well, and I’ve been invited by societies and institutions now and again to give a photography-led talk for an hour or so. ‘Disappearing Britain’ was one whistle-stop tour of the state of things, documenting post-war socio-political changes through the derelict and at-risk buildings and sites left behind.

My other talk brought together my two (so far) visits to the Chernobyl exclusion zone, one of the most mesmerising places on earth silently decaying in the wake of the most notorious nuclear accident in history.

So you could say I have unusual interests, and the subjects of my work may be that bit different for it. Maybe. But who’d want to be like everybody else? Take a look around and see what you think.

If you’d like to get in touch about my work, or if you have an opportunity that you think might interest me, please feel free to do so via the contact page.