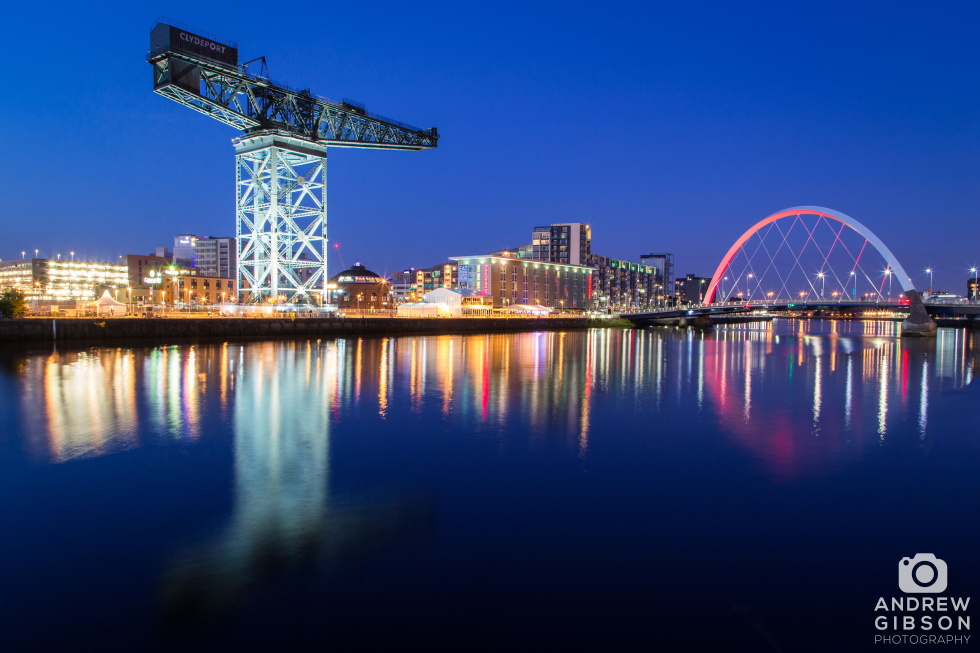 Last weekend was the first I’ve spent any length of time in Glasgow and I have to say I enjoyed its 48 hours of diverse photography, food, drinks and exploring the abandoned vicinity in the rain. One thing I really wanted to see though was that iconic industrial-size meccano set that adorns the Clyde and towers above the Hydro and the Arc: The Finnieston Crane.

The current crane opened in 1932 and replaced an earlier incarnation, but it hasn’t been in operational order since the 1980s, retained as a symbol of Glasgow’s industrial heritage. I was enjoying the hospitality of a Glasgow based friend that was keen to do more with his photography so we headed down to take a look and wait for dusk. I had hoped such a key structure might be lit up of an evening. It wasn’t, so we made the most of it as it was and left.

Back home I was half watching the BBC newspaper review on Tuesday evening when I glanced up to see the Clyde lit up in all its glory. Unbelievable! It was the start of the Commonwealth Games and Glasgow’s finest was illuminated for the world to see as the backdrop to every outside broadcast. After exchanging a few messages a second weekend was hastily arranged to capitalise on the vibrancy that had descended on the city.

Friday was blistering as I arrived at the cavernous Central Station, the temperatures hanging around the 20°C mark even as midnight approached. There was always a risk that we’d be disappointed but that eventuality didn’t even figure in my plans as we headed to the river after a very welcome drink. The quay was busier than last week, in fact there was a general buzz about the whole city enjoying a combination of the fair weather and celebrations. And standing tall by the waterside, there it was, resplendently lit up green, then blue, then white… 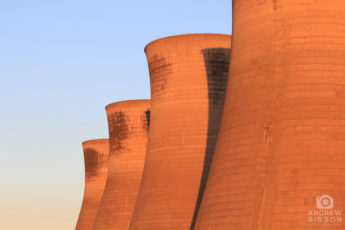 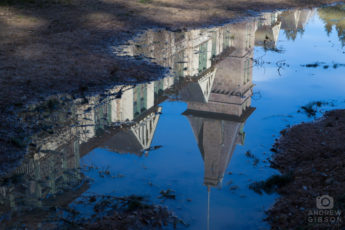 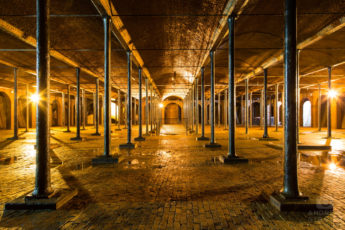