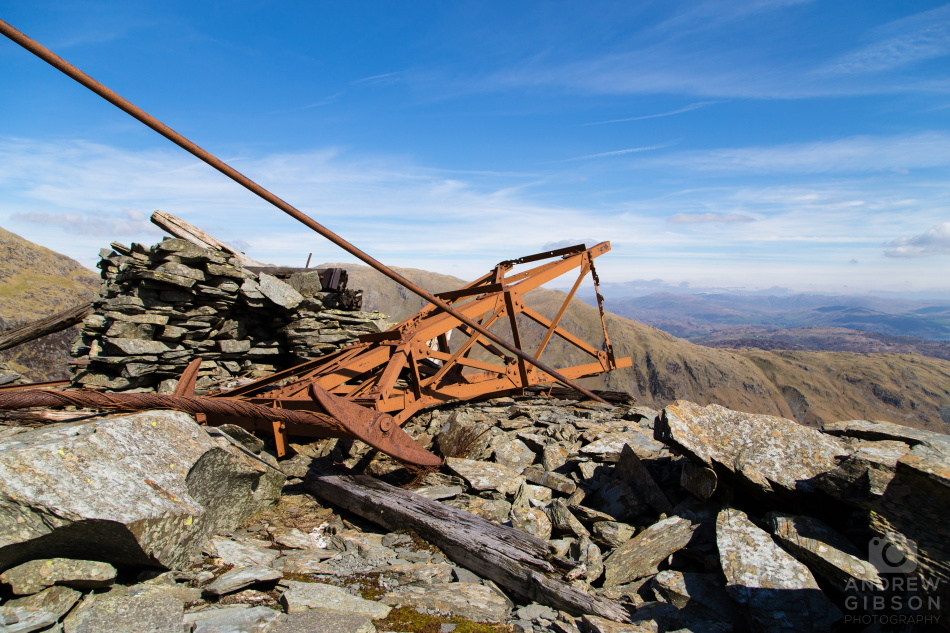 Back at the start of March Lucas and I drove out to the Lake District for a wander up the Old Man of Coniston to investigate and photograph some of the old copper mines. Taking it all very easily we stopped off at Torver Commons to shoot a rainbow and see some sheep, before partaking in cream teas in the village itself. We didn’t even start on the ascent until after 12 and got so carried away with shooting the mines at the top of the mountain (Spion Kop Level) we misjudged the sunset and emerged from within to a murky blue twilight and little idea how we would get back down.

Let me tell you, trying to pick your way down a mountain with big holes in it, freezing cold and snowy, in the dark is not something I’d want to repeat in a hurry. Our torches kept failing but the GPS was remarkably strong, and just as we reached the point where we thought we were stranded and might have to make use of the fourth emergency service (Mountain Rescue, not the AA as their adverts suggest), we hit upon the footpath we’d left hours ago to explore the old adits and ironmongery. After an hour and a quarter of this uncomfortable charade we finally made it back to the car and head on to Ambleside for a well earned meal.

The overcast weather and patchy lying snow made for some pretty uninspiring images all told but we did explore a few caves, which in winter offer a warmer underground experience and respite from the cold than the mountainside itself. The highest level is known as Spion Kop. It splits in to two not far in side and we took the right hand tunnel to find a high shelf and a ladder – which we painted with torches and coloured gels to light up the pitch darkness and turn it in to this:

For the return trip we planned it a little better, starting earlier in the morning and with the benefit of an extra two hours of daylight at the end of the day if needed. It was warm this time and under deep blue skies the scenery was stunning, rusting ropeways and ruined slate buildings littering the inclines as we picked our way up to the top for a second attempt.

Mining of copper had been carried out here since Elizabethan times but ceased in 1914, a fact that makes you marvel at just how much survives up here over a century later.

To get where we were going – the Moss Head caves – you need to leave the footpath a little after this bit and essentially follow the broken ropeways skywards. Avoiding the gaping holes in the hillside of course…

On our previous visit we’d briefly wandered the extent of the middle levels of Moss Head but didn’t have the time to do much more with it. This time it was the main target, and armed with a much more powerful torch than on the first visit we set about lighting up more pitch-black caverns. There’s a water tank in this one towards the upper levels but we didn’t attempt that this time, getting more distracted by the steam winch and rails of the cavernous middle level:

Emerging from the darkness we were met with warm sunshine and the ever-welcome daylight we had so missed on the last attempt, noting that this time the inside of the mountain had felt much colder – but then it’s all relative and very much depends on what you’re leaving behind outside. Coat on, coat off, jumper on… it’s a good job we’d overdressed for the climb as we needed the extra layers underground.

I could have posted more pictures here of smaller caverns and tunnels or machinery littering the fellside, but you have enough of a flavour. We hung around some more of the surface ruins for a while before making the descent back to the car, and some dinner in Hawkshead.

On the way back out of the Lakes we stopped off at Torver Commons to neatly bookend the two adventures and I took this shot of the post-sunset red sky over Kelly Hall Tarn. It breaks all the rules of thirds but I quite like it…

And with that we head for home. I’m sure there’s more to see but for now I think we’re done. 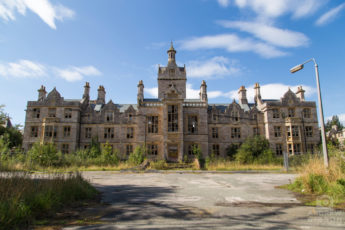 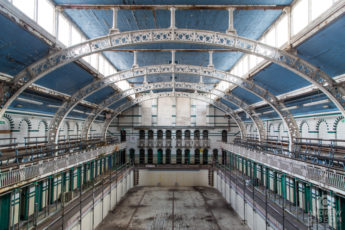 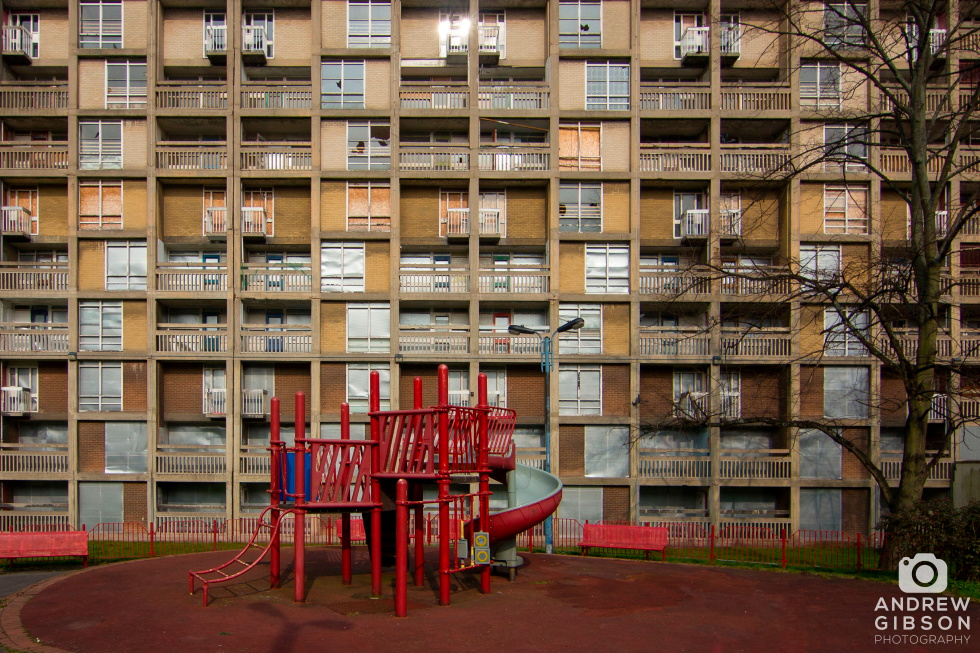