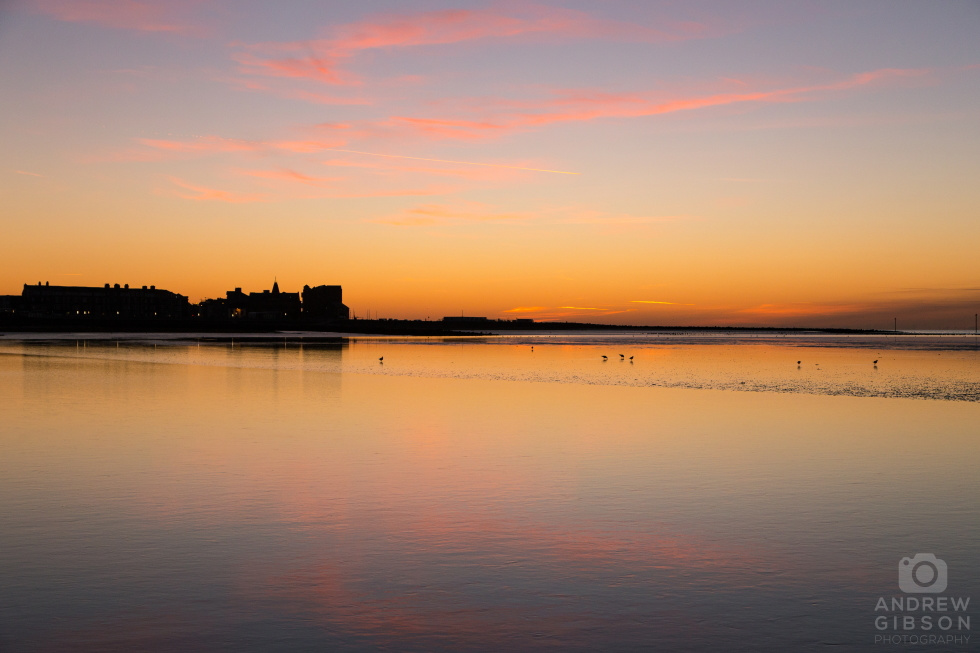 Five years ago I wrote a piece advocating the joys of Morecambe, the fast-fading and archetypal seaside town they forgot to close down, to paraphrase former Smiths frontman and all-round northern enigma Morrissey. There was just something charming about it, it was clinging on but it felt like it was coming back, a sense of optimism around its ever changing shoreline.

Channelling the cream of the C86 sound around that time were local boys the Heartbreaks, their first album Funtimes essentially being ten love stories about their hometown and a bona-fide classic debut in anyone’s terms and worthy of a place in your record collection. If it’s uplifting, nostalgic seaside infused indie rock and roll you’re looking for that is, and frankly, who isn’t?

Five years is a long time in music, and a not insignificant chunk of time on any other terms either. I’ve just added a limited white vinyl copy of that to the signed CD I got on its initial release, but it all feels frozen in time: the band never made it. But what of their town?

Back then plans were afoot to build a huge marina and waterfront development to capitalise on and compliment the success story that was the renovated art-deco icon the Midland Hotel. But local opposition scuppered the plans and nothing happened. Redevelopment of the fairground was planned but today the site remains derelict, the remaining buildings having been burned down in the intervening years. Even the Superbowl has closed pending demolition.

Some of the town’s run down residential streets have undergone what looks like an impressive regeneration, but there’s still an air of menace that hangs over them like a grim sea mist that refuses to lift. Last time I walked along the promenade I marvelled at some repainted ‘ghost signs’ high up on the gables, and I was pleased to see that the grand Winter Gardens theatre was fighting its way back from the brink, slowly and steadily finding its place as an eclectic centre for performance and events, a credit to the locals that have struggled to save it over the years. There are some quaint buildings around it that clearly aim to make an impression. I stopped momentarily to take a picture of a jauntily painted red and yellow amusement arcade when a venomous voice lurking somewhere unseen within barked out a warning telling me to keep away; that I could take a picture from the street but no closer. I was perfectly familiar with the law and knew I could do this, and I certainly wasn’t intending to soil my shoes in such a hostile environment as the one that clearly existed over its uninviting threshold. Welcome to Morecambe. Royston Vasey could take lessons…

So what exactly does the town have to offer to visitors now when those with the power seem incapable of reviving it and half of those that live there are don’t care. Well, the view across the bay. If you stick to the seaward side of the promenade you’ll find that it’s still a nice place to be, and when the sun goes down you get a different view every night, like this one. Skies changing colour, the thin layer of receding water on the infamous sands reflecting the colour from the clouds and making the seabirds look like they can walk on water. Sure, if you turn around it can be as rough and menacing as its brash sister resort down the coast. If Blackpool was the mutton-dressed-as-lamb tart about town then Morecambe is her elderly spinster sister, but no amount of make up can seemingly hide the cracks or sweeten the bitterness underneath the veneer. But if you keep looking out to sea you can lose yourself. 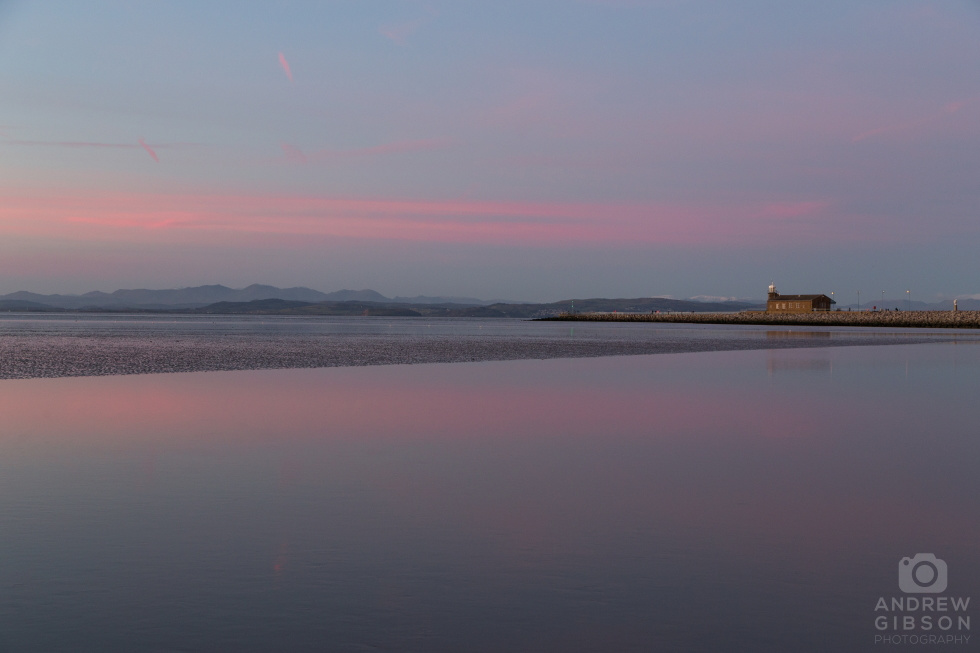 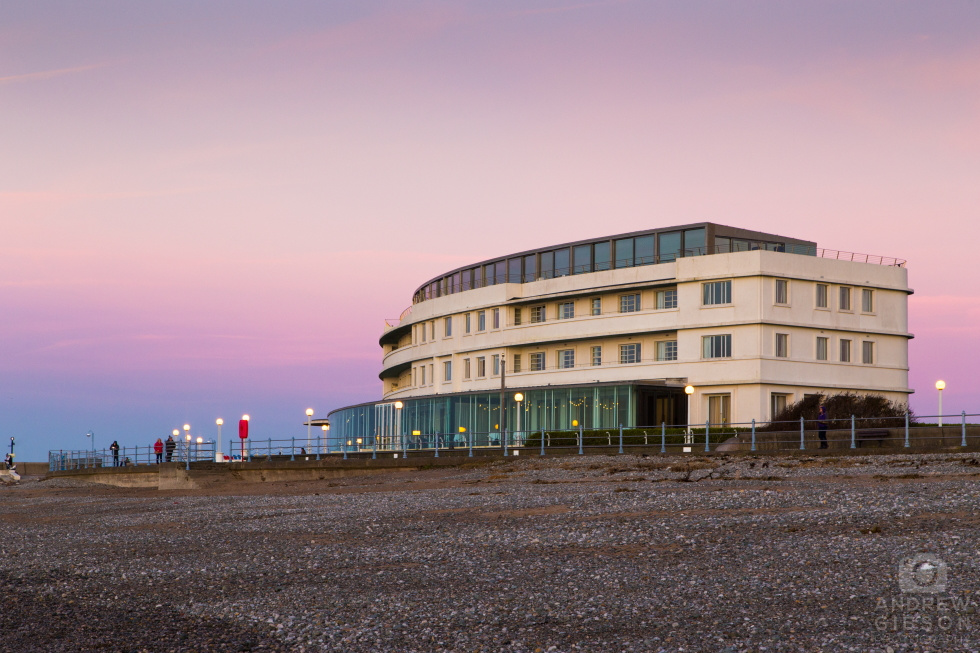 I’d love to be proved wrong, but after a brief glimmer of hope it seems like all hope has been lost in planning aspirations that don’t aim any higher than budget supermarkets and cheap discount shops. Even the poor old Midland looks tired of it all. Maybe after all the years of decline it really is reverting to a one-attraction town. And rather than fun and fairgrounds of the past, that attraction is the bay itself… 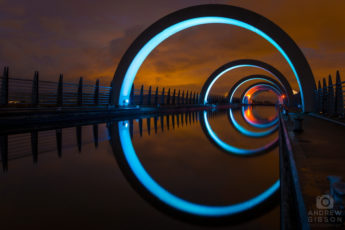 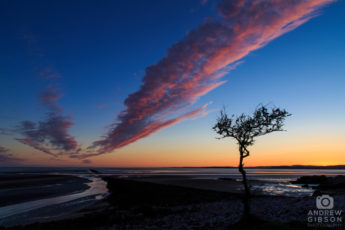 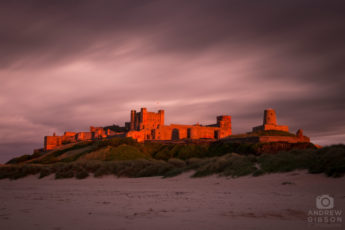