17th December 2019 by Andrew No Comments 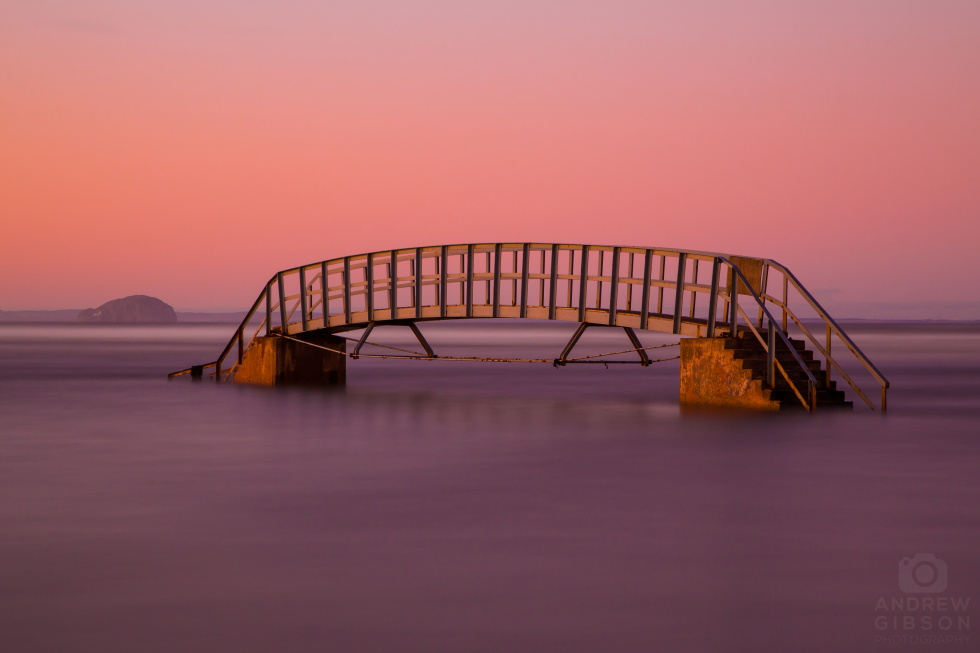 As another year draws to a close I thought I’d talk about a few long exposure shots that I haven’t posted up before. There’s no great story to these so I’ve not written about them in depth but they make a nice little collection to end 2019 with – and all required more effort than your average snap.

As has become habitual I spent the usual few days in Northumberland at the end of November, and returned to Belhaven Beach in East Lothian for another attempt at the Bridge to Nowhere while I was up there. A year ago I’d arrived at low tide in horrendous weather and grim light, taking nothing away from the experience other than some rather wet clothes. I was hoping for better this time, and arriving at high tide as the sun was sinking behind me I set my camera on a tripod, screwed on a 10-stop ND filter and waited to see what happened. 172 seconds later the LCD revealed something even better than I’d hoped for.

Belhaven Bridge is something of a curiosity – I’m not actually sure what useful purpose it serves other than to span a small concrete channel, but lost in the midst of a high tide it does invite you to stop and wonder. On this occasion the choppy North Sea is rendered as smooth as an ice rink, its purple hue nicely complementing the pink of the freezing cold sky above, while the bridge itself soaks up the last of the sun’s golden rays. It looks serene, and I’m not sure I could top it.

Two days before it had rained. Like, really rained. The sun goes down at around a quarter to four round these parts at this time of year, but it was gloomy before that and I didn’t even venture out of the inn after I checked in. The day after it had stopped and I head out to Routin Lin near Wooler for a waterfall shot, where it soon became apparent that the sheer volume of ground water was already making a dash for the sea. It was impossible for me to cross the stream even in wellingtons so I set the tripod up at the edge of the swollen water and framed up the best composition I could.

No filters needed for this one as the gloom of the woodland allowed for a 1.3 second exposure at an F13 aperture – just enough to smooth out the water without blowing all definition from it. The yellow leaves in the foreground showcase the late autumn colour and just about lift it into ‘reasonable’ territory, but in truth it doesn’t excite me enough to say any more about it…

A few weeks before that I was back in Edinburgh on what turned out to be an enjoyable if intensive five day conference, but there was just one day that presented a two-hour opportunity for me to head out and take a picture I’ve wanted for some time. I trekked over to the castle hoping the light rain would just about hold off and allow me a window of opportunity…

The blue hour is one of the best times to shoot, a time when the ambient light just about balances the artificial, and I rattled off a few shots before that window closed, in this instance a 25 second exposure at F11 and ISO200:

It’s pleasant enough, although I managed to lose one of my gloves up there having used it as a makeshift lens cloth in the intermittent drizzle. Let me know if you found it 🙂

It’s been a wet year all told, and for this final shot I’ll take you back to October, and to Eggborough in North Yorkshire. I’m rather partial to a power station and have explored a few derelict ones over the years. Not this one I have to say, but it’s another defunct operation that will likely be gone in a few years’ time.

I can remember flying back from Berlin a few years back and mapping the journey from above by the power stations in the Aire Valley below. Eggborough, Ferrybridge and Drax – all in close proximity – were unmistakable, and their removal from the skyline is one I’ve previously lamented. In the 1990s they contributed 20% of the power to the National Grid but as the UK moved to purge coal power from the network their days were numbered. Most of Ferrybridge’s cooling towers were demolished this year, while Drax is the only one still generating.

Back to this shot though and I found it awkward to shoot under the leaden sky, but composing across the flooded farmland next to it I found a composition with some promise. Once again it required a 10-stop filter and ended up being a 190 second exposure at a rather high aperture of F18. A last minute black and white conversion – something of a rarity for me – delivered the striking image here where the movement of the water appears to mirror the streaks in the clouds above.

You can revisit my late evening long exposure shot of Ferrybridge as the traffic on the A1(M) hurtled past shortly after closure here.

But for now, thanks for following these posts in 2019. With that I’ll wish you a Merry Christmas and a happy 2020.

See you next time. 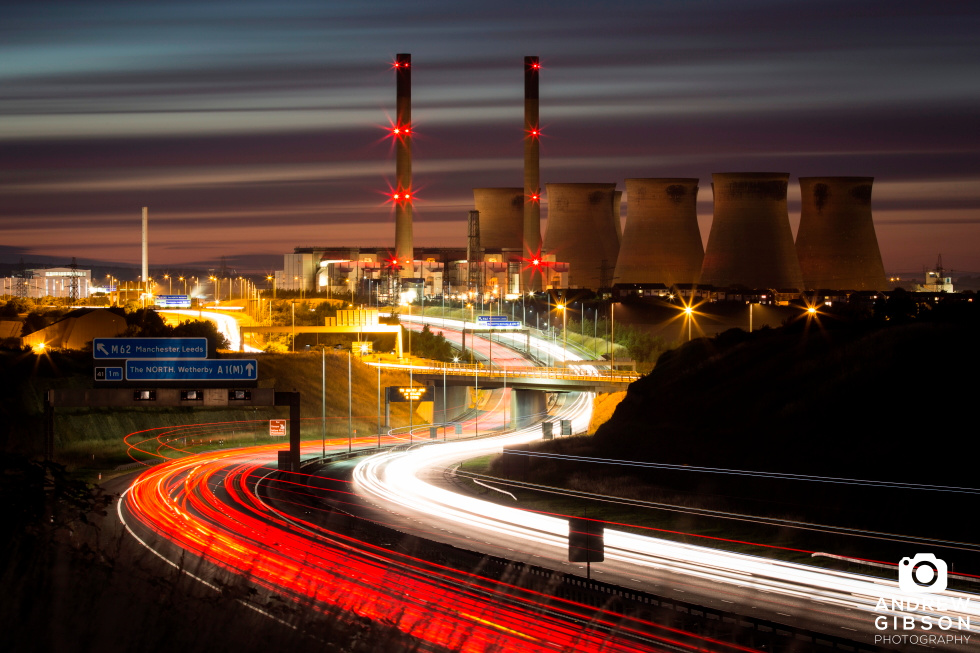 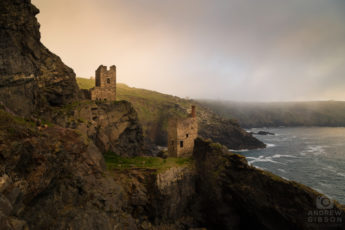 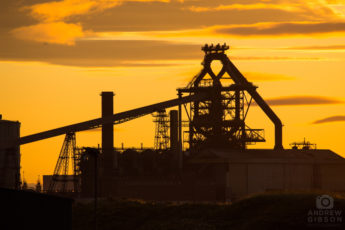